It has been a while since my last post. I’ve been busy for the first half of this year but now I got more free time. Hopefully I can get back to my usual pace of one post per months.

My old laptop (Inhon Carbonbook, discontinued) had a swollen battery. I kept using it for a few months but then the battery squeezed my keyboard so I can no longer type correctly. After some research I decided to buy the ThinkPad 13 model because it provides descent hardware for its price, and the weight (~1.5 kg) is acceptable. Every time I got a new computer the first thing is to get Linux up and running. So here are my notes on how to install Ubuntu Linux on it.

TL;DR: Everything works out of the box. Just remember to turn off secure boot and shrink the disk in Windows before you install.

First we need to clean up some disk space for Ubuntu. But if you are going to delete Windows completely you can skip the following steps.

Before we can install Ubuntu, we need to disable the secure boot feature in BIOS. 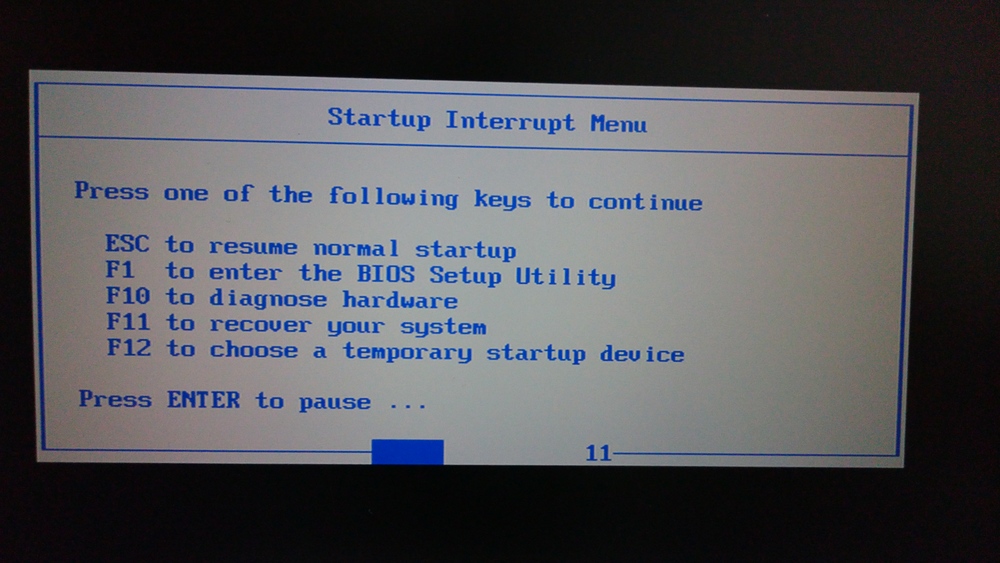 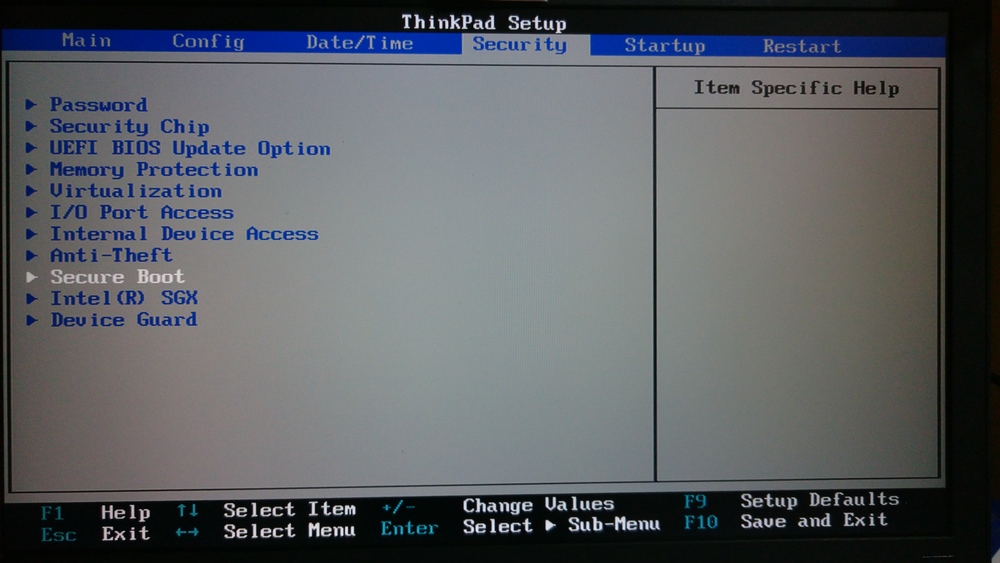 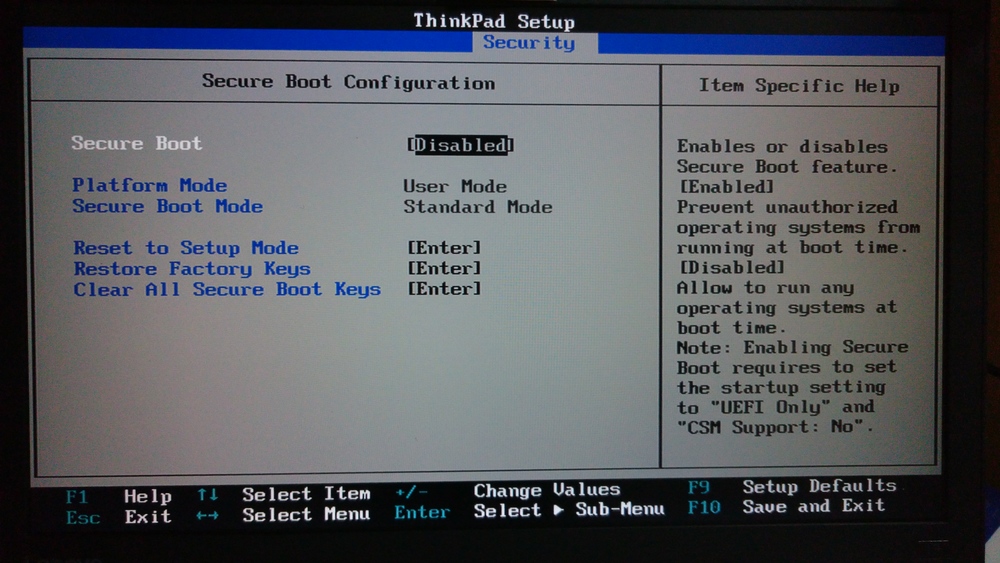 UEFI boot seems to work with Ubuntu 16.04’s installer, so you can keep all the UEFI options enabled in the BIOS. Download the Ubuntu installation disk and use a bootable USD disk creator that supports UEFI, for example Rufus.

Installing Ubuntu should be pretty straightforward if you’ve done it before. 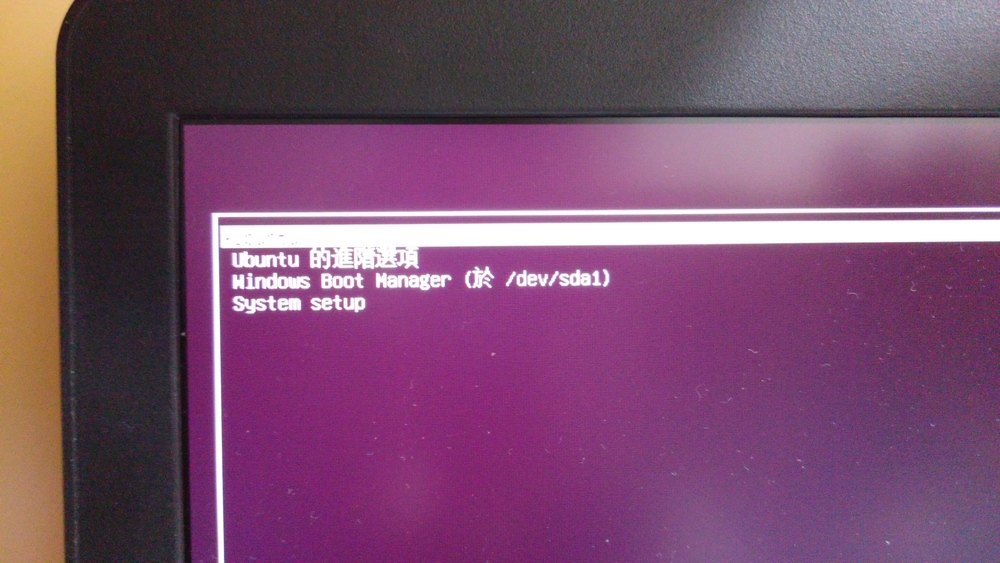 Almost everything works out of the box. All the media keys, like volume control, brightness and WiFi and Bluetooth toggle is recognized by the built-in Unity desktop. But I am using i3 so I have to set them up myself, more on this later. The USB Type-C port is a nice surprise for me. It supports charging, so you can charge with any Type-C charger. I tested Apple’s Macbook charger and it works well. I also tested Apple’s and Dell’s Type-C multi-port adapter and both works, so I can plug my external monitor and my keyboard/mouse to it so it works like a docking station. 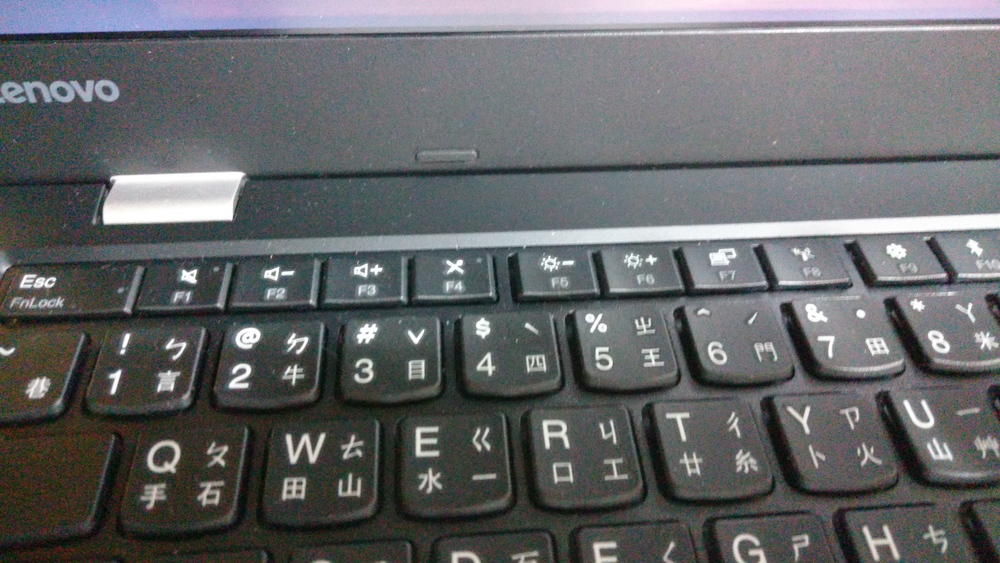 A side note, I’m also glad to find that Ubuntu now use the Fcitx IME by default. Most of the IME bugs I found in previous versions and ibus are now gone.

Not that I’m aware of. The only complaint I have is that the Ethernet and Wi-Fi naming method has changed somehow (e.g. enp0s31f6 instead of eth0). But I believe that is something we can fix by software. People also complain that the power button and the hinge is not very sturdy. But I guess that’s the compromise you have to make for the relatively cheap price.

More on setting up media keys for i3 window manager

Since I use the i3 window manager, I don’t have Unity to handling all my media keys’ functionality. But it’s not hard to set them up using the following i3 config:

The only drawback is that the LED indicator on the mute buttons mighty be out of sync with the real software state.

Overall, ThinkPad 13 is a descent laptop for its price range. Ubuntu 16.04 works out of the box. No sweat! If you are looking for a good Linux laptop, but can’t afford ThinkPad X1 Carbon or Dell’s XPS 13/15, ThinkPad 13 might be a good choice. 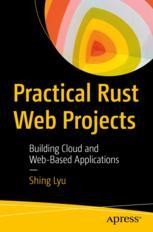